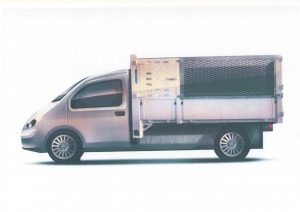 There are more electric vans in the marketplace at the moment than ever.

This is a great look at the market in 2015 from the guys at ‘go compare’. Things are a bit different now – Read more at: http://www.gocompare.com/covered/2015/06/four-reasons-you-should-buy-an-electric-van/#lCeK7MMj4bhwbFHi.99

“So, is it time your business traded in that traditional diesel load-lugger for a zero-emissions one which runs on pure voltage?

Driving an electric van is a virtually noiseless experience, save for a faint high-pitched whirr from the motor. There’s no CO2 coming out of the exhaust pipe either, so you can trundle around from job to job, safe in the knowledge that you’re not actively contributing to global warming.

NO: Are they really that clean?

You have to charge an electric van for eight hours to achieve a full battery (though this is significantly quicker when using a rapid charging station), using a specialist bit of kit that you have to buy at no little expense.

But where does that electricity in your home come from? A carbon-belching coal-fired power station, we’d wager…

YES: They’re cheaper to buy than you might think… and cheap to run

Nissan’s e-NV200 is the current class leader in the electric van market. When it arrived in the UK last year the entry-level Acenta version was made available at an eye-catching £13,568, with a £61 per month battery rental fee (it’ll cost £16,737 to own the battery outright). That’s roughly similar to a diesel-powered version. The government will even pay 20% of an electric van’s value, up to £8,000.

What’s more, servicing costs are low and you’ll dodge a bunch of sundry running costs, like the London Congestion Charge.

NO: Will it be worth much in a few years?

If the electric car marketplace is anything to go by, electric vans may well be subject to truly horrendous depreciation.

Examples of the Nissan Leaf, which shares underpinnings with the e-NV200 have been sold second hand for half their list price just a year after going on sale.

That said, you may well find that it’s worth biding your time to snap up a used bargain when the market matures.

YES: There’s more choice than ever

Aside from Nissan’s electric van, there’s the Renault Kangoo ZE and the Mercedes Vito E-Cell. If you’re both brave and only need to lug around small packages, there’s always the single-seated Renault Twizy Cargo…

NO: But not that much in the grand scheme of things

There still aren’t electric versions of larger vans yet, including big-selling vans like the Ford Transit and the Volkswagen Transporter and Caddy. There’s also not much of a second-hand marketplace to speak of yet.

What better way than to wow your clientele than by very visibly (but not audibly) rocking up to a delivery in an electric van, demonstrating your caring, sharing green credentials?

NO: They can’t go very far

The big issue when it comes to electric vans is range. You won’t get nearly as much from a full-charge as you would a tank of diesel, and you’ll find that air-conditioning, hills, heavy loads and a heavy foot will sap your battery before you can say ‘carbon footprint’.

While there are lots of charging stations dotted around the UK (6,500 as a matter of fact), there’s no arguing that charging up isn’t nearly as straightforward as filling up with diesel.

OUR VERDICT
While electric vans make many compelling cases – particularly if you operate in and around London – we can’t help but think it might be worth biding your time for the technology to evolve.

Diesel vans are cleaner than ever, and you can make significant reductions in how much diesel you use by changing your driving style and maintaining your van properly.

It might also be worth waiting for a hybrid van, which has both a diesel and electric motor, to arrive on the marketplace…” (Article ends)

Of course things have moved on a bit in two years, with longer range vehicles and larger delivery vans available. Make sure you contact us with your questions about our stock and visit us on LinkedIn and Facebook too, to follow our business pages for news on the industry!!

Welcome to our Electric Vehicle Blog!

Welcome to our blog about all things 'Electric Vehicles'. It will be a growing resource of our thoughts, discoveries and achievements. We will try to entertain our readers and inform everyone on recent tech in the area, developments in eco-solutions and things that are on the horizon with the Electric Vehicle market. Thanks for reading!